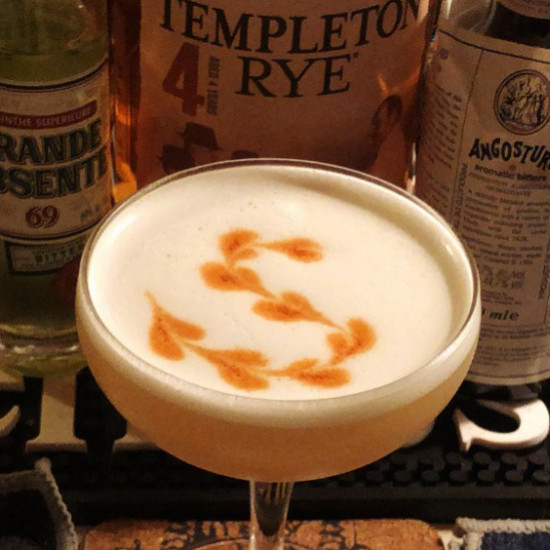 Discover the fascinating world of cocktails

Whether for an afterwork or to start a night out, there are plenty of opportunities to sip a cocktail. This drink is indeed synonymous with joie de vivre, each sip promising an explosion of flavors and a twist of emotions.

Do you want to make tasty cocktails? Below you will find delicious cocktail ideas with which to impress your friends.

Above all, discover the history of this drink and the origin of its name.

Where does the word cocktail come from?

The etymology of the word 'cocktail' is rather vague, several theses being advanced by the analysts.

Some observers assume that 'cocktail' would come from the words 'cock' and 'tail', which mean 'rooster' and 'tail' respectively, because it was customary to place a rooster feather in this drink for mean that it contained alcohol.

Others believe that it was born to designate the bastard horses that were queued to distinguish them from the thoroughbreds, which gave English 'cocked-tail' for 'braided tail'. By association of ideas, the mixture of drinks, the cocktail, was named as well.

A third hypothesis assumes that it would be the deformation of the French word 'egg cup' in which this drink was made in New Orleans and that the Americans anglicized in cocktail in the late 1800s.

When is the first cocktail?

As far as we can remember, it is said that the explorer Sir Francis Drake already liked to be served the ancestor of the mojito in the 16th century. This cocktail was then prepared with tafia and mint. The punch was created in India in the 17th century and popularized by the British in Europe.

Some of the first recipes that remain popular today include:

the mojito, created in the 16th century,

the Manhattan that was born in the 1870s,

the daïquiri which dates from the end of the 19th century.

Their paternity is often fiercely discussed. The rule remains the same for all cocktails: they are artistic and balanced mixtures of flavors, scents and colors. Ice cream, spices and fruit mix with milk and cream. You will get drinks with liquid texture, granular, creamy, creamy or frothy. Their presentation is neat and original, the glass can be embellished with a fruit, a stick of cinnamon, a veil of cocoa or pepper!

What are the different types of cocktails?

We do not always pay attention, but did you know that there are several types of cocktails? Some of them are indeed referred to as digestive, like the cocktails with the génépi G and Co and Blueberry Hill. Others are consumed as an aperitif, such as Old Fashioned Bardouin and Bardouin Sour pastis cocktails!

The long drinks on their side, are called so because of their capacity which oscillates between 12 cl and 25 cl. Examples include Green Beast with a volume of 20 cl and Terminus Absinthe Cooler, two absinthe-flavored cocktails.

Short drinks, they have a volume of 7 cl. They are more full-bodied with the example of Daiquiri, Genepi Fizz and The China Blue.

Whatever cocktail you want to make, use quality ingredients. It will be more tasty and refined. We are proud to announce that our spirits are among the most popular bartenders for the preparation of their cocktails with génépi, pastis or absinthe.

Distilleries and Domaines de Provence: a know-how recognized by the greatest baristas

Our company offers you today the best of itself thanks to its expertise acquired since 1898. Some of our specialties are secular, and their composition has never been modified since their first marketing like our Farigoule. So many other drinks such as our liqueurs, our gins, our absinthes, our sparkling wines and our assortment of aperitifs also await you in our online store and physics in Forcalquier.

Do not hesitate to use it for the preparation of your cocktails.

The making of a cocktail is an art, each glass being characterized by its luminous aura and the promise of a unique taste trip. Below you will find 3 cocktail ideas that you can prepare anytime. So your shakers and your bar spoon!

This pastis Henri Bardouin cocktail will surprise you with its sparkling note, its flowery flavor, all enhanced by a subtle bitterness. To make it, mix:

When the bitter character of absinthe meets the exotic scent of coconut milk and the acidity of lemon, you will get this cocktail rich in taste and very fresh. To make it, shake:

Place crushed ice and soda in a glass and pour in the preparation after filtering. Spray with kale juice, garnish with 8 mint leaves and enjoy.

Very fresh, this cocktail with génépi will quench your thirst during the beautiful days. For its realization, whip in a salad bowl:

Pour the mixture into a dish and let it freeze. Meanwhile, squeeze a lemon and grated its zest. Peel 2 ripe pears and detail them before mixing them with sugar and zest. Place this emulsion in the refrigerator before spreading it in glasses.

Scrape the first preparation and cover the glasses.